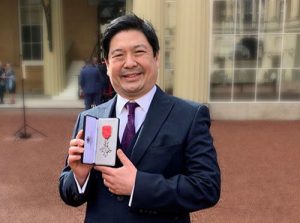 The Association of Dental Administrators and Managers, (ADAM) would like to offer their congratulations to Jason Wong MBE who has been appointed Deputy Chief Dental Officer for England, in succession to Janet Clarke who retired last year.

Jason will work alongside CDO Sara Hurley and Deputy CDO Eric Rooney in collaboration with local and regional teams to deliver improved outcomes for patients, and champion the role of dentists and dentistry within the health system.

Jason is a general dental practitioner in Grantham Lincolnshire, who qualified from the University of Birmingham in 1995 and also holds a Diploma in Postgraduate Dental Studies from the University of Bristol. He was appointed MBE for services to Dentistry and Oral Health in the New Year Honours in 2020 and received his insignia from the Prince of Wales at Buckingham Palace earlier this year. Jason was the inaugural winner of the NASDAL DCby1 award in 2018 and has since become a judge on the awards.