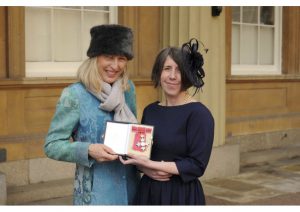 November sees the departure of BSPD’s PR consultant, Caroline Holland, who has developed and finessed the media relations role – promoting the mission and purpose of the Society – over the last seven years.

Caroline’s vision for BSPD has meant that over this period the Society is now seen as the go-to authority voice on matters of paediatric dentistry. With a raised profile and awareness, BSPD now sees itself called upon by media to give an informed opinion on behalf of the UK’s leading paediatric clinical and research professionals. She has overseen a new consistency to oral healthcare messaging and a greater awareness amongst both the dental profession, and the general public of the latest developments in children’s oral health and the Society’s recommended preventative approach.

This new era of collaboration during which Caroline has been a leading force along with BSPD’s spokesperson, Professor Claire Stevens and the Society’s Presidents has also enabled the BSPD to take a significant role in influencing policy – engaging with special interest groups and political decision makers. The result is that today, BSPD is now in a strong position to campaign for and implement improvements in children’s oral health in the UK.

Professor Claire Stevens CBE, Spokesperson, BSPD said: “We are very sad to say goodbye to Caroline and wish her well. As I reflect back over the last seven years, I believe her key achievements are the support she gave to developing BSPD’s mission to improve the oral health of children and young people and the development of the Society’s position statements on key issues.

“Caroline strove to focus on highlighting the wide-ranging knowledge and skills that a paediatric dentist must have in order to treat children, who present with the most complex challenges. She recognised, and was keen to promote, the restorative skills needed to treat young people who have suffered trauma. She understood both the restorative and orthodontic skills required to treat children who have a complex genetic condition – and their specialist skills in periodontology, or oral surgery. She promoted paediatric dentistry specialists’ ability to work in a multi-disciplinary team.

She appreciated the dedication needed by these experts who specialise in managing children and young people, as well as their parents, with kindness and respect.”

Professor Claire Stevens added: “She has also facilitated a new structure to engage our Society’s 13 regional branches – and achieved excellent media coverage for our annual conferences.

“Another of Caroline’s stand-out achievements was being instrumental in the strategic design of BSPD’s launch of Dental Check By One (DCby1) which is one of the Society’s great successes in recent years. Caroline managed to get the message out to the wider public through achieving press coverage on TV and in national press. We know that taking your baby to the dentist when their teeth first come through or by the age of one at the latest gets them off to a healthy start. It is this insight that drove the Society’s flagship Dental Check By One campaign – which is now established as national guidance in the UK. BSPD is immensely proud of DCby1 – and the work that Caroline did to support its launch.”

BSPD stretches back over almost 70 years and throughout its history, has campaigned for improving standards in children’s oral health. The last few years have seen a picking up of pace for the Society with its membership number doubling to more than 800 members – with a broadened membership profile.

Professor Claire Stevens added: “I am proud to say that Caroline gave BSPD the confidence to be ambitious. Her passion for the wellbeing of children and the role that good oral healthcare plays within that have been her enduring focus and we at the Society have undoubtably benefited from her drive and determination – as she leaves BSPD’s reputation at an elevated level.”

The role of PR consultant to BSPD will be taken over from November by Kate Clark who can be contacted at kate@kateclarkpr.co.uk / 07990 525639.